To record this song in an authentic manner, our singer Eliška Sýkorová from Chouette Chevêchette got herself a waitress’s job in a café. She’d waited there for about two months, until at last they came… 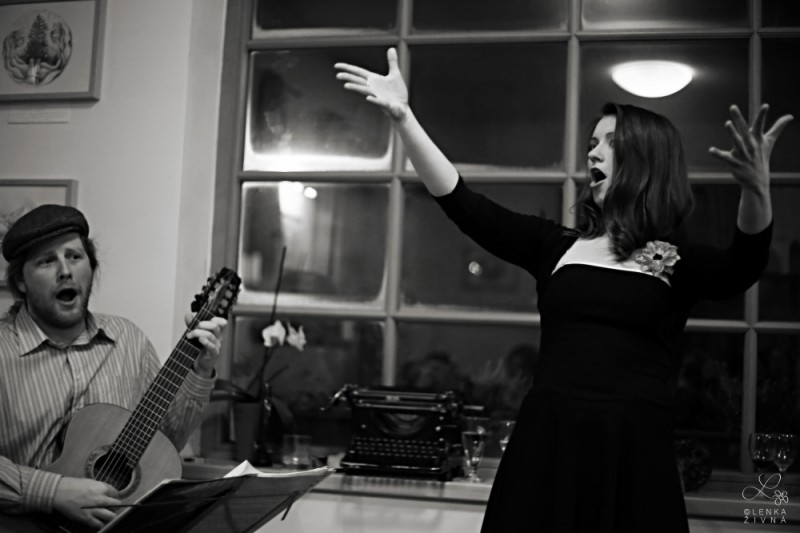 Only then was it possible to get the music and singing recorded. Really, I swear. Just, well, maybe it was Eliška’s cousin. And maybe it was in our favourite Prague’s Café Exil.

One way or another, Eliška is also a very gifted composer and accordionist, and just recently she’s raised enough money for her album Vlaštovky (Swallows), which will include another song featuring Chouette.

For starters, I recommend playing only the basic bass tones with the left hand, as in the instructional recording (the scores are a bit more varied for advanced players).

Article, scores and recordings by Jindra Kelíšek
band recording by Chouette
Published on 18/7/2013