There are compositions that you can recognize by the first chord. One of the most famous pieces of classical music – the Funeral March by Frederic Chopin – is one of them. You can hear sadness, desperation and melancholy in this music.
Over time, this composition has become a traditional piece played at funerals in many countries. It forces the audience to forget their everyday thoughts and think about eternity…

It was written in 1837 as a part of the Piano Sonata No. 2 that the composer worked on for two years. And it became symbolic of Frederic Chopin’s life, too. He wrote it at the time when the first signs of a lung disease appeared. The same disease was the cause of his death twelve years later.

An interesting thing happened when Chopin was playing this composition in a salon in England one year before his death. The musician, who had already experienced strange visions in the past, saw demons emerging from his instrument. He became so frightened that he ran out of the room in horror; people said later that this was a bad omen.

Chopin was the first whose funeral was accompanied by this composition. It was his wish. And since then, the Funeral March has been heard at countless funeral ceremonies. Leonid Brezhnev and John F. Kennedy were some of the famous people who were leaving this world accompanied by the sounds of this funeral march. And of course, there were thousands of not so famous people, too. 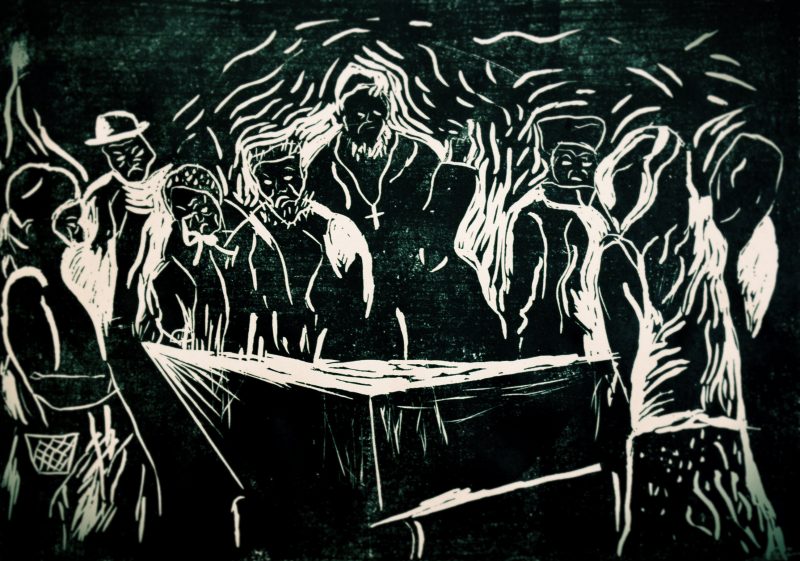 I’ll be happy to play the composition for you if you should need it one day.